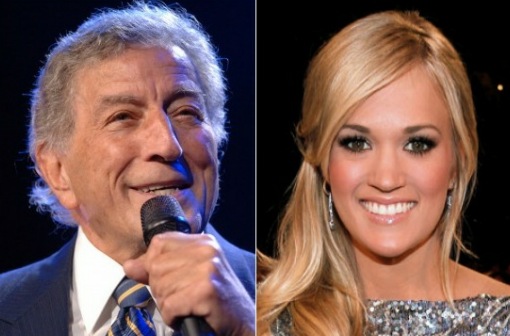 So far, legendary crooner Tony Bennett has unveiled his collaborations with Norah Jones, Michael Buble, and Alejandro Sanz, as well as 30-second previews of his work with Lady Gaga and Mariah Carey and footage from his session with the late, great Amy Winehouse. This time, Tony is paired with Country Music Award “Vocalist of the Year” nominee Carrie Underwood on the 1924 torch song, “It Had to Be You”. Check out the exclusive premiere of “It Had To Be You” featuring Carrie Underwood HERE.

On September 23, Tony and Carrie are set to perform the song on the season premiere of the CBS television show, Blue Bloods.

“It Had to Be You” will be featured on Tony’s upcoming release, “Tony Bennett: Duets II” out on September 20th via RPM/Columbia Records.  Pre-order your own copy from Amazon by clicking HERE.