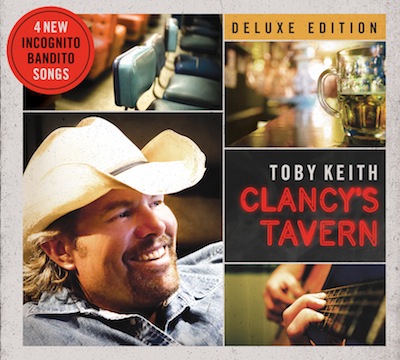 Arena-filling entertainer Toby Keith stunned fans and music critics alike with his unannounced, intimate New York club jam in 2010. He delighted his fans by including four songs recorded live that night on the Deluxe Edition of his Bullets In The Gun album last October. Now, Toby’s doing it again.

Clancy’s Tavern is being released globally, and Keith is supporting the international release with a 13-city European tour opening in Edinburgh five days after the album hits stores. The collection’s first single “Made In America” is topping the singles charts and is Toby’s fastest-rising single in years.