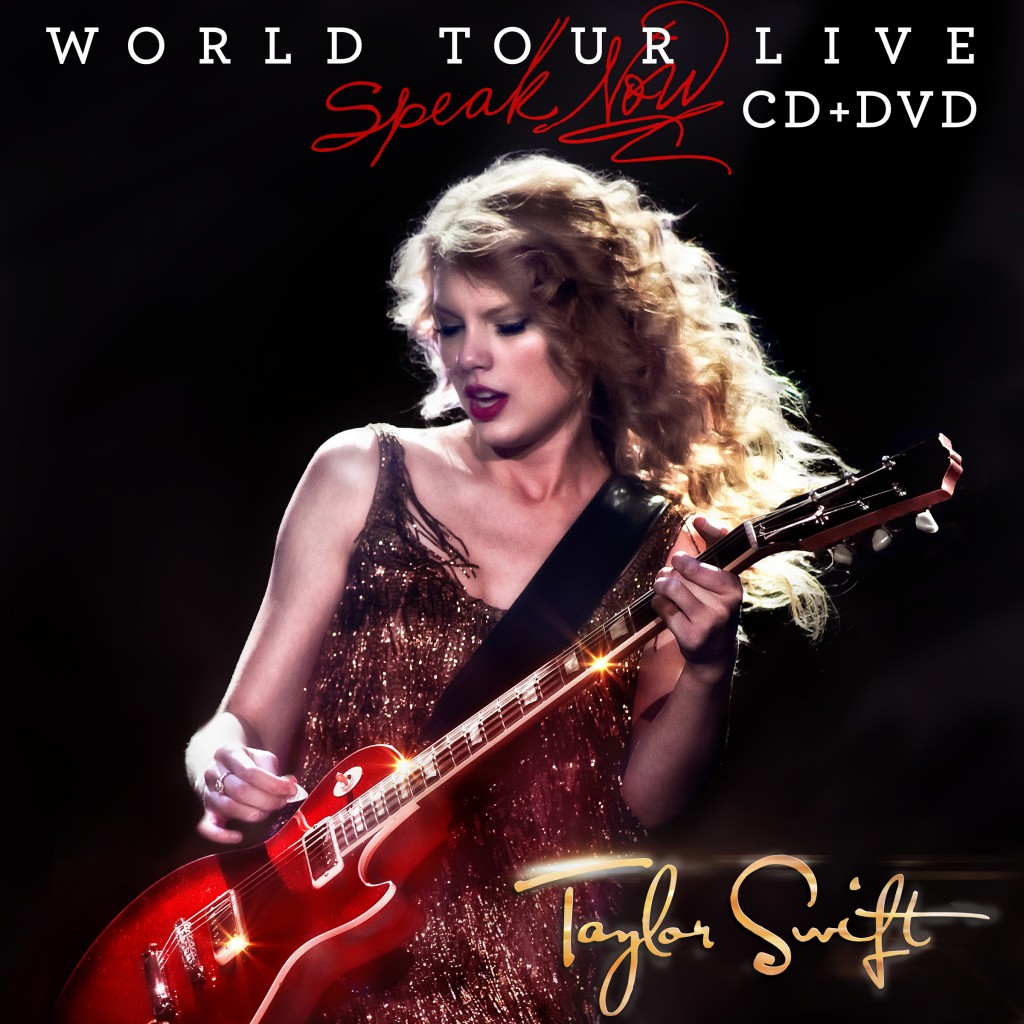 Four-time GRAMMY winner Taylor Swift has awed critics and fans around the globe this year with the Broadway-inspired extravaganza that is her SPEAK NOW WORLD TOUR performance, and today she announced that CD/DVD and CD/Blu-ray sets of the show will be available in stores and at online retailers on November 21st, the day before the US tour wraps with the second of two sold-out shows at Madison Square Garden. Sold as a CD/DVD or CD/Blu-ray combo-pak, the SPEAK NOW WORLD TOUR – LIVE set will be released on Big Machine Records.