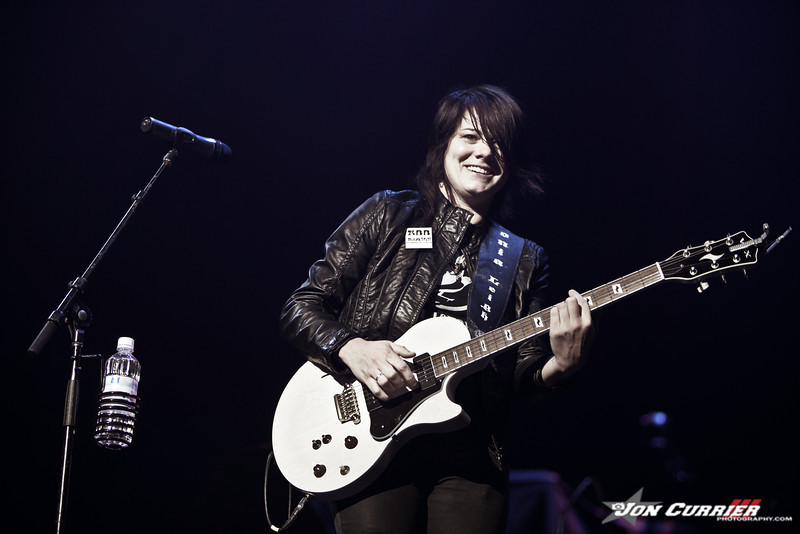 Sonia Leigh is gearing up to release her debut album 1978 December which hits the shelves on September 27th.  Sonia has been entertaining fans with her hit single “My Name Is Money” and just recently released the new video which can be seen HERE.  Sonia has joined the Zac Brown Band’s tour this fall and we got the chance to catch her in action.

Sonia opened her set up with “Ain’t Dead Yet” and captured the crowds attention right from the start.  Fans enjoyed the reggae feel of “Roaming”, a song she co-wrote with Zac Brown, raised their drinks in the air on her catchy tune “Bar”, and made everyone think about flying away to “Virginia”.  The Southern Ground Country Rocker performed a passionate and fulfilling set that intrigued several new fans and completely satisfied her existing ones.   “My Name Is Money” was the power hit that closed out Sonia’s set for the evening.  The crowd enjoyed it and sang along just as passionately as Leigh did during her performance, proving that her debut single is one that fans enjoy.  Sonia’s set was a solid introduction to her debut album  1978 December.

Sonia Leigh’s new single “My Name Is Money” has impacted country radio.  If you haven’t heard it yet on your favorite country radio station be sure to call in and request it.  Sonia’s debut album 1978 December, which features “My Name Is Money”, becomes available on Tuesday, September 27th.  Be sure to pick up copy as you will not be disappointed.

To see if Sonia Leigh is coming to an area near you & to pre-order your copy of 1978 December, visit Sonia’s official website www.SoniaLeigh.com.