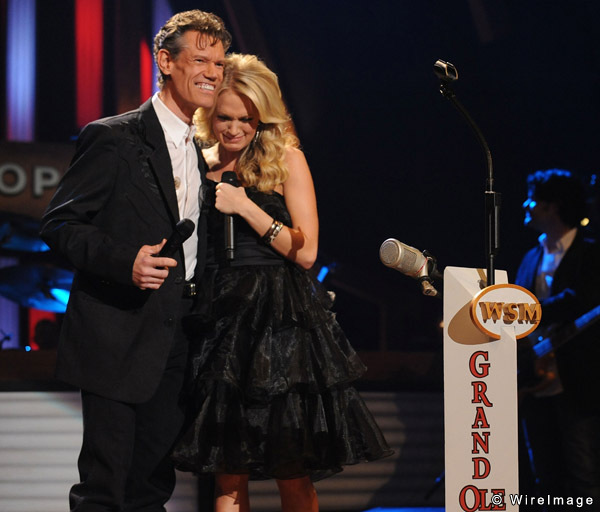 The Grand Ole Opry® presented by Humana® is set to honor Randy Travis as he celebrates 25 years in country music and as an Opry member on Tues., Oct. 4.  Travis will take the stage to perform and will be honored in song by fellow artists who appear with him on his newest CD, Anniversary Celebration.

In addition to Travis, those appearing include Carrie Underwood, John Anderson, Josh Turner, Gene Watson, Connie Smith, Joe Stampley and more.  Several performances from the night’s show will be part of an episode of “Opry Live” scheduled to premiere on GAC: Great American Country on Sat., Oct. 15 at 8 p.m. Central.

“Randy’s impact on country music over the past 25 years is evident both in the array of celebrated artists who have joined him on this acclaimed anniversary album as well those who will be accompanying him on the Opry stage next month.  It will be a great show, celebrating the legacy of a truly special artist.” said Pete Fisher, Opry vice president and general manager.

“It is a great honor to join the Opry, GAC, and the many wonderful artists who have become friends in helping me celebrate 25 years of music.  I am thankful for you and all the fans of Country Music” said Randy.

Travis is one of the most recognizable voices in music, with sales in excess of 20 million records. His impressive career successes include 18 No. 1 singles, seven GRAMMY® Awards, 10 Academy of Country Music Awards, 10 American Music Awards, two People’s Choice Awards, eight Dove Awards, five Country Music Association Awards, and a star on the Hollywood Walk Of Fame. His latest album, Anniversary Celebration, was released in June and honors Travis’ twenty-five year legacy as well as his future in country music.