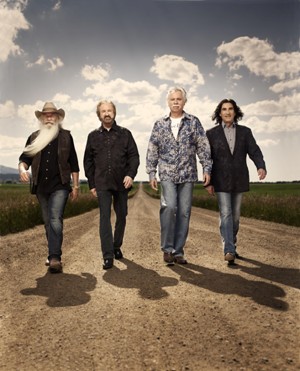 Hosted weekly by Northey, Finger Candy Media founder and All Access contributor, #CMchat (“Where Country Music Meets You”) has generated over 300 million impressions and reached an audience of more than 20 million people through the popular forum which is the first and only registered live “Country Music Chat” on Twitter.

Northey, named as one of the most powerful women on Twitter is honored to be teaming with the legendary act. “I have been an Oaks fan since I could remember. Getting to know them through Twitter is one of the greatest things about Twitter. The platform allows stars to engage with their fans unlike any other medium. I am looking forward to celebrating their big day with them,” she says.

The Oak Ridge Boys’ It’s Only Natural CD is being released through the Cracker Barrel Old Country Store® exclusive music program.  It features a rerecording of the signature song “Elvira” along with six other hits, plus five new songs.  In addition to the new CD, the award-winning group has marked the history-making milestone of being the newest members inducted into the Grand Ole Opry®, the revered home of country music.

Tracks on It’s Only Natural:

The CD will be available exclusively at all Cracker Barrel locations. For more information, please visit: www.oakridgeboys.com/natural

To join the Oak Ridge Boys for the online celebration on #CMchat on Monday, September 19th, visit:  www.tweetchat.com/room/cmchat