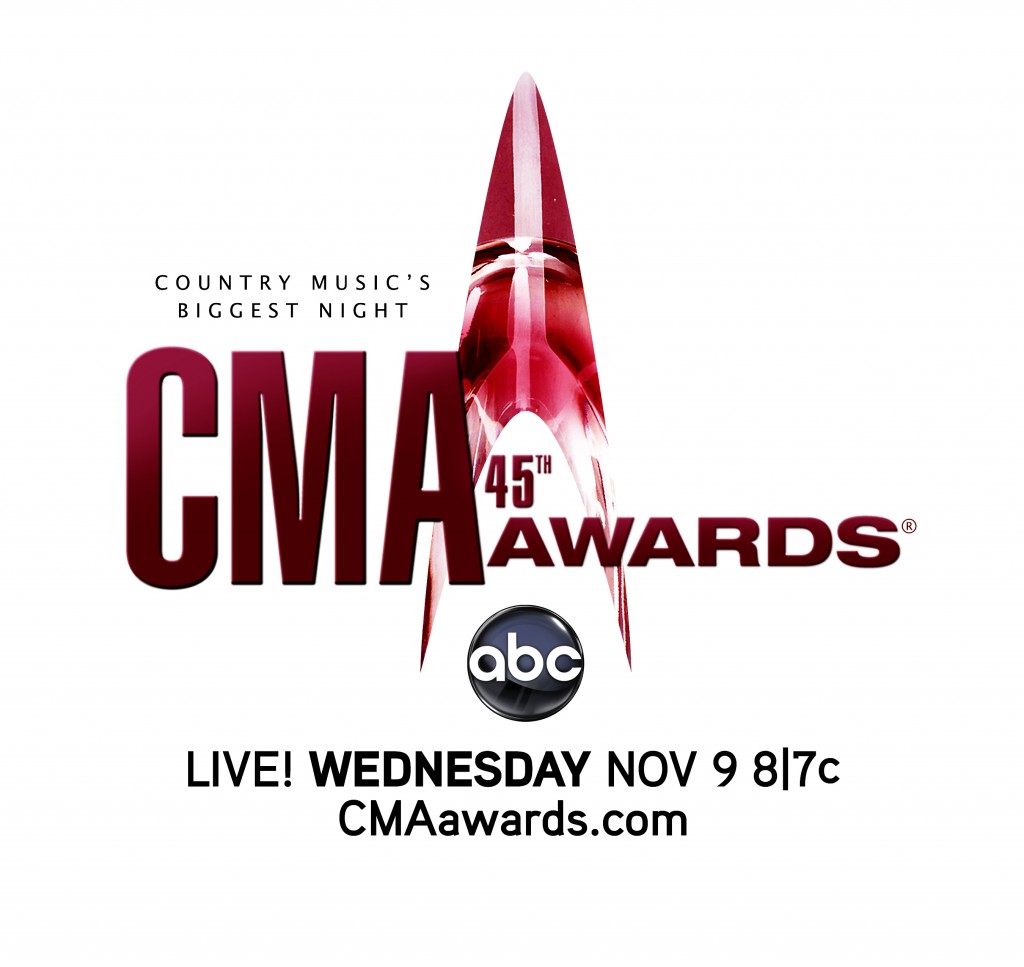 Topping the list of final nominees are four artists with five nominations each for “The 45th Annual CMA Awards” including Jason Aldean, Brad Paisley, Blake Shelton, and Taylor Swift. Right on their heels are The Band Perry and Zac Brown Band, who each received four nominations as a group while individual members Kimberly Perry (of The Band Perry), Coy Bowles and Zac Brown (of Zac Brown Band) each earned a solo nod as a songwriter.

“‘Country Music’s Biggest Night(tm)’ is shaping up to be a tight race with an outstanding group of new and established nominees topping the list,” said Steve Moore, CMA Chief Executive Officer. “With no clear frontrunner there will be a heightened level of excitement and anticipation for the CMA Awards in November.”

“The 45th Annual CMA Awards” will be hosted for the fourth time by Paisley and Carrie Underwood and broadcast live from the Bridgestone Arena in Nashville, Wednesday, Nov. 9 (8:00-11:00 PM/ET) on the ABC Television Network.

For the sixth year, the announcement of the final nominees in five of the 12 CMA Awards categories was made live on ABC News’ “Good Morning America” with The Band Perry and Jake Owen delivering the news from the heart of New York City’s Times Square. Finalists in the other seven categories were announced by Jerrod Niemann and CMA Vocal Duo and New Artist of the Year nominees Thompson Square from the historic Ryman Auditorium in Nashville, which was home to the first broadcast of the CMA Awards in 1968.

The Final Nominees for “The 45th Annual CMA Awards”:

Entertainer of the Year

Female Vocalist of the Year

Male Vocalist of the Year

Vocal Group of the Year

New Artist of the Year

Vocal Duo of the Year

Single of the Year (Award goes to Artist and Producer(s))

Album of the Year (Award goes to Artist and Producer(s))

Song of the Year (Award goes to Songwriter(s))

“If I Die Young” – Kimberly Perry

“You and Tequila” – Matraca Berg and Deana Carter

Musical Event of the Year (Award goes to each Artist)

Music Video of the Year (Award goes to Artist and Director)

“If I Die Young” – The Band Perry Directed by David McClister

Musician of the Year