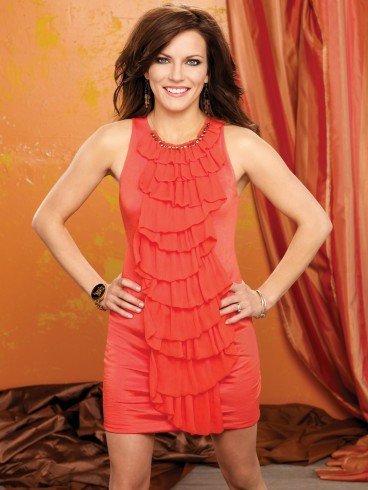 Republic Nashville superstar Martina McBride will perform the National Anthem before the October 2 NFL game between the Baltimore Ravens and the New York Jets. The game, including Martina’s performance, will be broadcast nationally on NBC at 8:30 PM EST.

The Oct 2 game is the first of several NFL Breast Cancer Awareness games during the month of October. Beginning October 2 and continuing throughout the month,  NFL Breast Cancer Awareness games will feature game balls with pink ribbon decals used for every down, pink equipment worn by the players, pink coins used for the coin toss, pink goal post padding in the end zones and breast cancer awareness track jackets for cheerleaders.

Martina is the perfect artist to perform the National Anthem at the game since her latest single, “I’m Gonna Love You Through It,” is a heartfelt anthem for breast cancer survivors and their supporters. The single is on Martina’s upcoming album titled ELEVEN which will be released on October 11th.

As previously announced, Martina will become the first artist in history to launch an album by taking an Amtrak train all the way across the country. The journey, entitled “ELEVEN Across America Powered by Amtrak,” begins in Los Angeles and ends in New York City. Martina will make 11 stops along the way to meet with fans and breast cancer survivors and perform three mini concerts in select train stations.