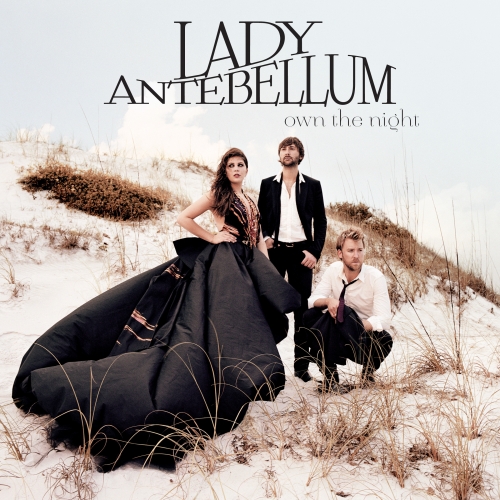 Six time GRAMMY winning trio Lady Antebellum owned the charts this week, earning the No. one position on the Billboard Top 200 with the debut of their third studio album OWN THE NIGHT. The disc claimed sales of over 347,000 for the week, the biggest first week debut by a country artist this year. OWN THE NIGHT also took the No. one position on Canada’s Neilson SoundScan Top 200 Albums chart.

“Together, the team represents how country music can use its strengths — songwriting and strong-yet-earthy vocals that explore real-life situations and emotions — in a way that carries universal appeal.”  Associated Press

“It’s well-written, pristinely sung and is likely to be a huge hit.”  Newsday

“One of the most convincing albums of the year, a huge leap forward…” New York Times

The trio is currently in Canada promoting OWN THE NIGHT before returning to the States to make their debut appearance on Saturday Night Live on Oct. 1. From New York, Lady A will travel to Europe for more appearances and fan events in the UK, France and Germany all before kicking off the first leg of their headlining OWN THE NIGHT 2011 TOUR beginning on Nov. 11 in Knoxville, TN.  For a full list of upcoming appearances and tour dates, visit www.ladyantebellum.com.