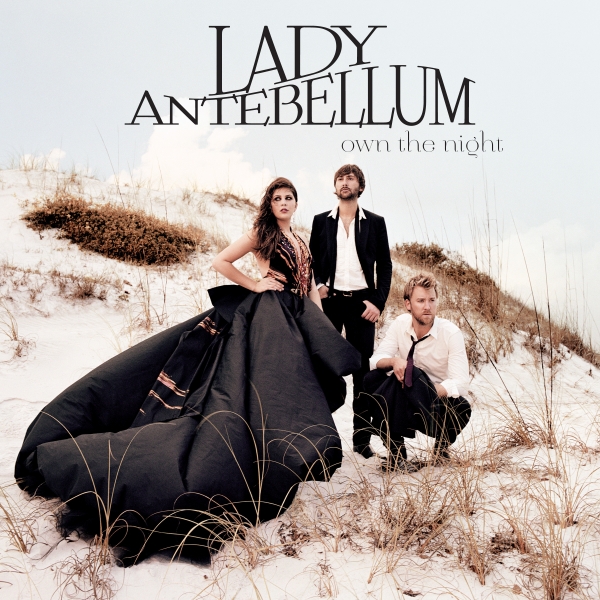 After spending more time writing and recording than ever before, Lady A will kick off their international release schedule in Green Bay, WI tomorrow for a pregame performance airing live on NBC, USA Network and NFL Network from the NFL’s Kickoff 2011 (re-airs in primetime on Sept. 10 on NBC). The trio’s schedule from there includes TV appearances on GAC’s Backstory: Lady Antebellum (Sept. 11), a special 9/11 performance of the National Anthem on NBC before the Jets and Cowboys open their season at MetLife Stadium (Sept. 11), TODAY (Sept. 13), The Ellen DeGeneres Show (Sept. 16), The Tonight Show with Jay Leno (Sept. 16), CBS Sunday Morning (Sept. 25) and Saturday Night Live (Oct. 1).

Throughout release week, Lady A will host a select number of lucky fans at their “Own The Night: Unplugged” concert series in Chicago (Sept. 10), New York City (Sept. 13) and Los Angeles (Sept. 15).  Lady A will also travel to Canada and Europe with more television appearances and fan events lined up over the course of the next month.

“We’ve literally been working towards these next few weeks all year,” says Charles Kelley.  “The anticipation of being able to FINALLY share these songs with our fans is killing us.   Hopefully, those who have been with Lady A for a long time will see this as the next chapter for us as songwriters and performers; and the people who aren’t as familiar with us will check it out and maybe find something on the album they dig.  We’re really just excited to get it out, and then kick off the new tour.”

Fans can catch Lady Antebellum on the upcoming first leg of their headlining OWN THE NIGHT 2011 TOUR beginning on Nov. 11 in Knoxville, TN.  Both the tour name and trio’s upcoming album OWN THE NIGHT were inspired by their new second single, the anthemic “We Owned The Night.” The album’s record breaking lead single “Just A Kiss” recently spent multiple weeks at the top of radio charts in the U.S. and Canada. OWN THE NIGHT is the follow-up to the band’s triple PLATINUM and GRAMMY winning second disc NEED YOU NOW.

For a full list of appearances and tour dates, visit www.ladyantebellum.com.