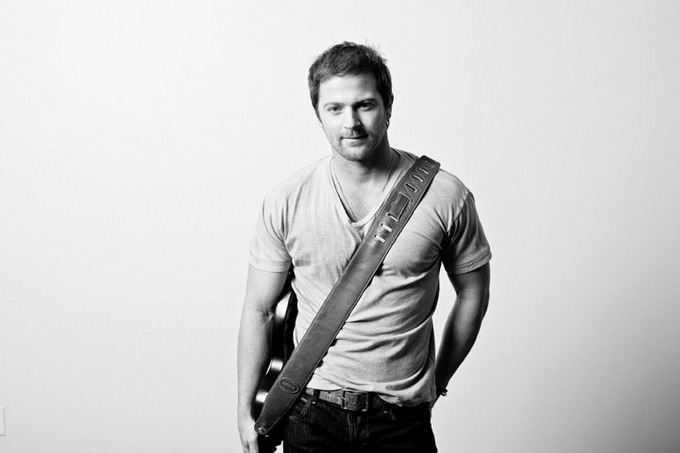 Music Row’s Robert K. Oermann named “Somethin’ ‘Bout a Truck” the Disc of the Day winner.  This is the second time that Moore’s music has received Disc of the Day honors in the industry publication.

“This former DisCovery Award winner has a cool, blue-collar-rocker vibe that gets more and more intense as this thumper progresses,” Oermann writes. “I dig everything about this—the way it’s written, the way he wails it, the insistent percussion, the instrumental fade, everything.”

Oermann has great praise for the talent of the Tifton, Ga., native.

“For years, I have been searching for the missing link between blue-collar rock and country music,” Oermann says. “This year, I think I have heard it. His name is Kip Moore. There is fiery, urgent intensity in his voice. His lyrics vibrate with conviction and true grit. The melodies have gripping, heart-in-throat passion.

“And the roaring, propulsive performances on his debut album sound like signposts on the highway to some Southern-fried Born to Run. Dare I say it? This man just might be the hillbilly Springsteen.”

Moore wrote or co-wrote every song on his upcoming debut album, including “Somethin’ ‘Bout a Truck,” which he penned with Dan Couch. In fact, they had already written another song during their writing session and had just called it a day.

“Dan started walking out of the room while I was playing that groove to the song,” Moore says. “I thought he was gone, but he popped his head back in the door and he spit out the first line. We sat down and started goofing around. He called his wife and said, ‘I’m going to be about an hour late.’

“I think anybody that comes from a small town has lived that song. I lived that song 5,000 times growing up. When you are from a small town like I am, there’s not a whole lot to do. You have to make your own fun and there’s a lot of sitting in fields, and a whole lot of Bud Light and fishing poles. It’s real hot in South Georgia, so all of the girls were wearing sundresses.  It was all you needed back then–a truck bed, beer, a radio and good company with you. It’s a fun song that everybody lived at a young age.”

Moore will spend his fall on the road performing his own shows as well as joining tours featuring Billy Currington, Brantley Gilbert,  Kellie Pickler and Phil Vassar. He is performing during football weekends at the Tin Roof in Columbia, S.C., on Oct. 6 and Nov. 10, Knoxville, TN, on Oct. 27 and Lexington, KY, on Nov. 3.

Keep up to date with Kip by visiting his official website www.KipMooreMusic.com.