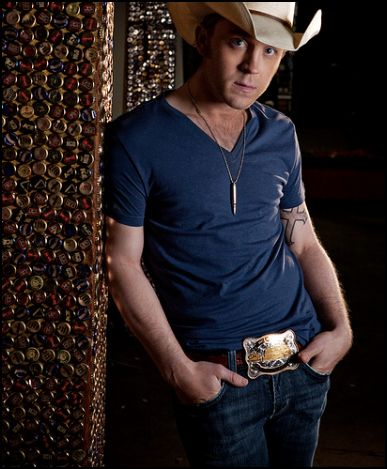 When Justin Moore isn’t out on the road, one of the things he enjoys doing is cooking.  One of the reasons he enjoys it is because he says, “It’s another way for me to be creative.”  That’s one reason why he doesn’t like to follow recipes exactly as they are written.  “I like to experiment,” he says.  “You know, I might have a recipe in front of me but I do what I think is best and I’ve been cooking for four or five years now, so I kinda know what works together and that kind of stuff… for me to stick right to the recipe is a little boring to me.”

Not to worry though, even though he enjoys spending time in the kitchen, he still knows how to “Bait A Hook” and skin a buck and all the other things he sings about in his current single, which is already approaching the top 30.

Justin’s new single “Bait A Hook” is off his 2nd studio album Outlaws Like Me available now in stores everywhere or on digital outlets such as iTunes by clicking HERE.

Keep up to date with all things Justin by visiting his official website www.MooreJustinMusic.com.