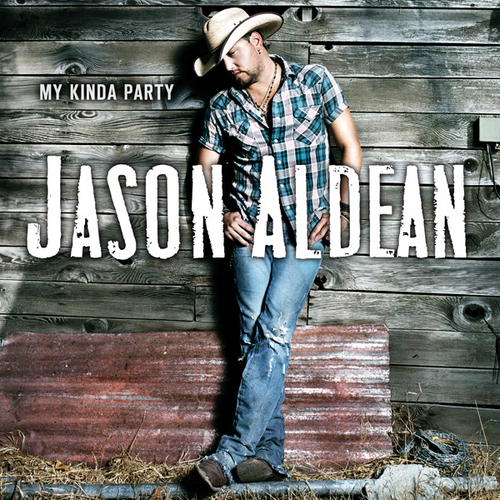 Only 10 months after its release, Jason Aldean’s MY KINDA PARTY has been certified DOUBLE PLATIUM by the RIAA for sales of over two million units.  The disc is 2011’s best selling country album and has already spawned three consecutive No. one hits, each of which have also been certified PLATINUM for digital downloads with the most recent single “Dirt Road Anthem” claiming DOUBLE PLATINUM certification.  Aldean keeps company with Adele, Lady Gaga and Mumford & Sons at the top of the all-genre list for the year’s top selling albums.

“It’s always been a big dream of mine to have Platinum albums, but this Double Platinum thing snuck up on me,” says Aldean.  “It is beyond anything I could have dreamed or expected.  It takes a whole lot of people to make it happen…from songwriters to the label to radio to my band and road crew…I just can’t tell you how thankful I am, and also how much respect I have for all the hard work that went into this project.”

Aldean scored five nominations for the 45th Annual CMA Awards scheduled to air Nov. 9.  The Georgia native is tied for the most nominations this year with nods in the Entertainer of the Year, Male Vocalist of the Year, Album of the Year, Single of the Year and Musical Event of the Year categories.  His recent No. one smash hit “Dirt Road Anthem” also scored a nomination for songwriters Colt Ford and Brantley Gilbert.

“I’ve been working my tail off out on the road for years building my career, and up until last week, it sorta felt like if you hadn’t been to one of the shows, maybe you didn’t know what was happening,” commented Aldean.  “It feels like I’ve finally been invited to the party, and it feels incredible to have your friends and peers pat you on the back and recognize the work that’s gone into the last year.”

The MY KINDA PARTY TOUR continues to sell out some of the nation’s biggest amphitheaters with more concerts scheduled through Nov.  For more information and a full list of tour dates, visit www.jasonaldean.com.