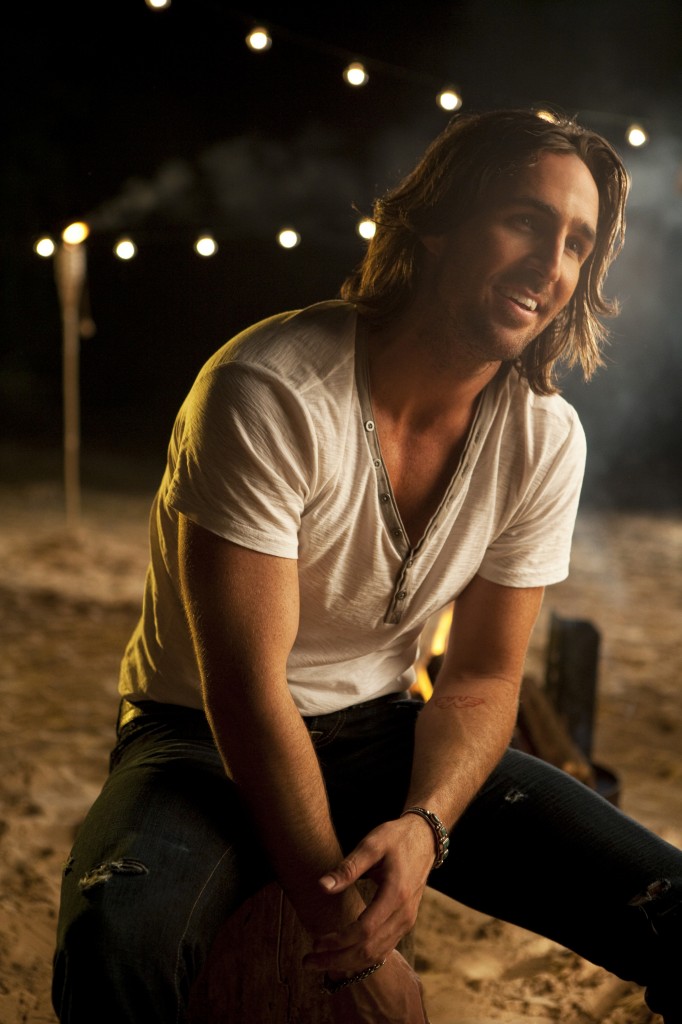 “I’ve never had a No. 1 anything before,” says Jake. “This is an amazing feeling that is hard to describe. I’m just so grateful that I was able to record a song like ‘Barefoot Blue Jean Night’ that truly represents who I am and I’m even more grateful that people liked it. I can’t wait for everyone to hear the rest of the record.”

This week was perfect timing for Jake to be in New York City to celebrate his first No. 1 single and first No. 1 album. Yesterday, Jake performed “Barefoot Blue Jean Night” live on ABC’s Good Morning America. Prior to his performance, Jake and The Band Perry announced the final nominees in five CMA Awards categories right outside the Good Morning America studios in the heart of New York City’s Times Square.

In addition, Jake’s Twitter followers have been able to make a personal connection with him over the last week. Sitting in his dressing room at Good Morning America yesterday, he made multiple early morning calls. Jake says, “I’ve had so much fun calling my Twitter followers since the record came out. I started out thinking that I would call 10 people to thank them for buying my record and ask them which songs were their favorites. After I started the calls, I enjoyed talking to people so much that I decided to keep doing it. I’ve called almost 500 people. Any spare time I have, I send a Tweet and ask people to send me their number. It has been awesome. I’m going to keep doing it for as long as I can.”

If you haven’t picked up your copy of Barefoot Blue Jean Night, hurry out to your favorite retail story and get a copy or head over to iTunes and download by clicking HERE.

Keep up to date with Jake by visiting his official website, www.JakeOwen.net.