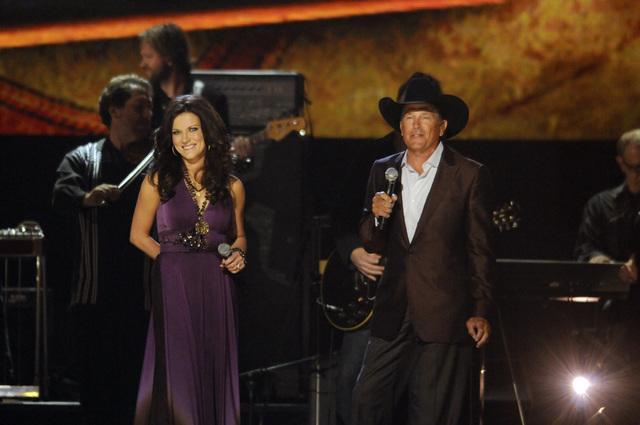 George Strait isn’t called King George for nothing & year after year, night after night, when it comes to showing fans a good time whether it’s on the road or on the radio, Strait always delivers. And he’s doing it again. His 39th studio album HERE FOR A GOOD TIME is already receiving rave reviews before it’s release next week, the title track is on the brink of Top 10 at radio and his 2012 tour plans are underway.

The King of Country Music revealed he’s invited another award-winning superstar to join him on stage – Martina McBride. The tour will kick off late January. Cities and on-sale information will be announced soon.

“I love Martina. She’s been on our tours before and she’s great,” commented Strait. “I’m really looking forward to the tour. Martina will definitely make it a special night.”

Strait’s current single, “Here For A Good Time” currently sits at #11 on the Billboard chart. The album Here For A Good Time will be in stores Tuesday, September 6. Strait co-wrote seven of the 11 tracks with his son Bubba and the legendary songwriter Dean Dillon.

Martina McBride will release her 11th studio album titled ELEVEN on October 11, 2011. The current single, “I’m Gonna Love You Through It,” is climbing the charts at radio and has seen steady online digital sales since it was released on August 19.