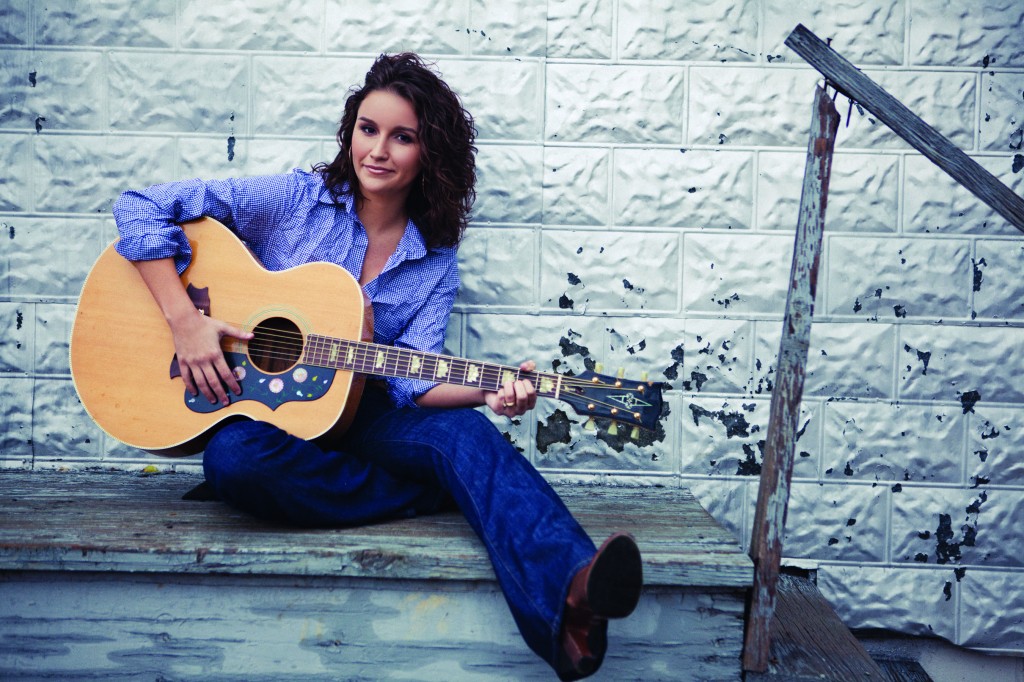 Rising country star Ashton Shepherd has lived life in two very different worlds – small town Alabama and the life of a touring artist – and she’d like to keep it that way.  Her family, closest friends and music industry insiders talk about the young woman whose big voice and dreams have set her on her way in Ashton Shepherd – Where Country Grows, premiering Monday, September 19, 9:00 p.m./Eastern on Great American Country (GAC).  The special takes a closer look at Shepherd’s new music and debuts the music video for Where Country Grows, the title track of her second album and her current single.

Leroy, AL, has a population of less than 1000 people but it’s where Shepherd feels most at home.  “My life in Leroy is of course very different from the Nashville scene,” she says.  “It’s very country and very laid back.”

“Being a country music star was very dream like; coming from such a rural area where everybody had their ideas of what they wanted to do when they grew up.  I tried to learn what I should do and I was a little scared of having a record deal,” says the songwriter who began writing songs before she could even spell the words.  A self-financed 3-song demo eventually fell into the hands of Universal Music chief Luke Lewis who offered her a recording contract.

“It’s still surreal when you hear her on the radio or see her on the Internet,” says Shepherd’s sister, Tara.  “You can type her name in Google and there she is but to me she’s just sis.”  Seems that her sister is not the only one that finds her sister’s success a bit surreal; Shepherd’s five-year-old son James humorously interprets his mom’s success in the special and is seen enjoying some down time with her as they pick mulberries and enjoy a cookout.

Viewers will be treated to family photos and videos that date back to Shepherd’s first talent contest at age eight and a half when she performed two Patsy Cline songs and received her first standing ovation.

Shepherd’s success is especially sweet because she’s sharing it with her family.  “There’s a happiness that I don’t even know how to describe,” says her husband, Roland Cunningham.  “You feel it for someone that started as an underdog and then you hear her on the radio and it’s like, ‘Yes!’  And she did it with a smile on her face.”

Shepherd has even more to smile about following the birth of her daughter, Raden Delilah, last week.