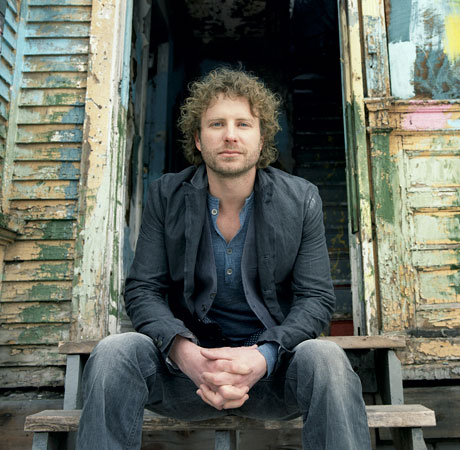 Country star Dierks Bentley will headline the 2011 ACC FanFest, it was announced by game officials. ACC FanFest, which is free to all game ticket holders, will take place Saturday, December 3rd, from 12:00 p.m. to 7:00 p.m. The nationally acclaimed artist will perform live at 5:30 p.m.

Bentley’s latest sing along party single “Am I The Only One” recently grabbed the No. 1 spot on the country charts bringing his career total to eight No. 1 hits. Bentley’s new album is his sixth Capitol Nashville studio project and follows in the footsteps of his critically acclaimed UP ON THE RIDGE, which earned Album of the Year nominations at the ACM, CMA and GRAMMY Awards this year.

His previous five albums have sold over five million copies, earned 10 GRAMMY nominations, have spawned eight No. 1 hits (“Am I The Only One”, “What Was I Thinkin”, “Come A Little Closer”, “Settle For A Slowdown”, “Every Mile A Memory”, “Free and Easy (Down The Road I Go)”, Feel That Fire”, “Sideways”) and 12 Top 10 hits.

ACC FanFest, located adjacent to Bank of America Stadium and centered at the intersection of Mint and Graham Streets, is the ultimate pregame activity. Football fans of all ages can get into the spirit of ACC Football with live music, interactive games, team mascots, food and beverage, autograph signings, game merchandise, ACC Corporate Partner giveaways and general family fun.

The Dr Pepper ACC Football Championship Game, in its seventh year, will kickoff at 8:00 p.m. and is televised nationally on ESPN and ESPN 3D. The winner of the championship earns the ACC bid to play in the Discover Orange Bowl, if not selected for the BCS National Championship Game.

Tickets are $25 and $40 for Upper Level, $70 and $90 for Lower Level, and $150 and $175 for Club Level. Tickets are sold through the local organizing committee’s official website, www.ACCFootballCharlotte.com.