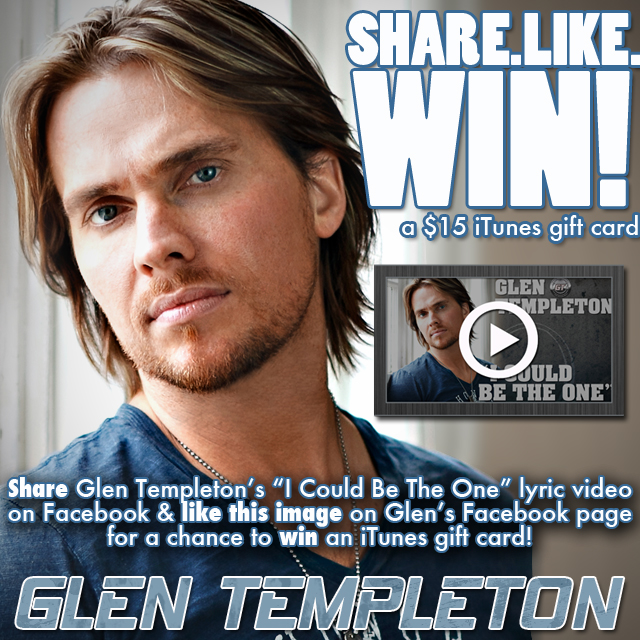 Glen Templeton’s latest single, “I Could Be The One” is making its way up the charts and he’d like to reward fans for sharing the new lyric video with a 15.00 iTunes gift card.

For the next 8 days, fans of Glen Templeton that “Share” the ” I Could Be The One” Lyric video on Facebook and “like” this image, will be entered to win one of the 10 gift cards. The winners, chosen at random, will be announced on Glen Templeton’s Facebook page everyday at 4pm CT and will be given instructions on how to redeem their prize.

Templeton’s current single, “I Could Be The One” was released in May of this year and continues to gain momentum at country radio. The music video will make its debut in the coming weeks at both online and TV outlets.

“I Could Be The One” can be found on Templeton’s upcoming self-titled album, which also features a special guest performance by musical legend, Leon Russell. The album, produced by the GRAMMY™ award-winning producer/engineer Mark Lambert (Leon Russell, Elton John, Willie Nelson, and Ronnie Milsap), will be released in the coming months.

Keep up to date with Glen by visiting his official website, www.GlenTempleton.com.