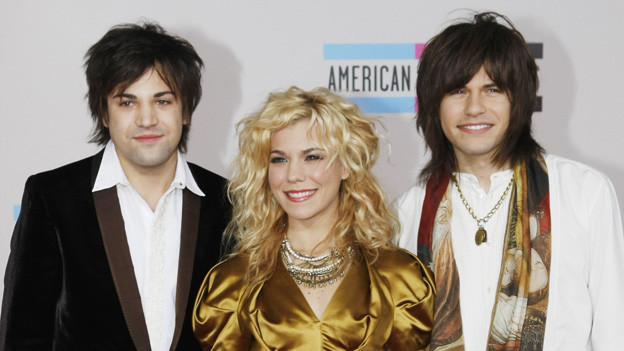 On Friday, August 26, In just 20 minutes, all 2,300 tickets to The Band Perry’s first headlining show in Nashville, TN at the Ryman Auditorium on February 20, 2012 were SOLD OUT. The immediate response to the upcoming show echoes the overwhelming welcome the sibling trio has received by Country music fans nationwide since their debut album, THE BAND PERRY, was released in October 2010.

In Friday’s edition of The Tennessean, Kimberly Perry – lead vocalist for the trio that also includes brothers Reid and Neil – spoke emotionally about headlining the historic venue in a town that has already given them so much support. “It’s an amazing thing. So much of our creative efforts have come inside Nashville … and it’s the center of our creativity. We so much revere that (Ryman) stage. And I feel like there’s an amazing spirit about that place.”

While TBP has previously graced the Ryman stage during the Grand Ole Opry and other multi-artist events, this will be their debut as headliners on this revered stage.

With their brand-new romantic ballad, “All Your Life” just now arriving on the airwaves and shaping up to be their next big hit, tickets to the February date will surely be one of Nashville’s most sought after Valentine’s Day gifts.