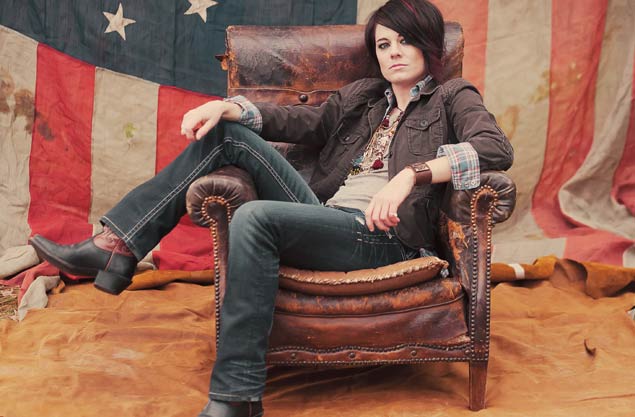 Headstrong Georgia rocker Sonia Leigh, whose bold single “My Name is Money” is tearing up country radio and the Billboard charts, brings her “tough, soulful vocals and dynamic weave of electric and acoustic guitar” to LA’s famed Whisky A Go-Go on Tuesday, September 13 with her full four-piece band – which includes Will Harrison (guitars), Gregg Shapiro (bass), Adam Holliday (organ, accordion, vocals), Michael Rizzi (drums). Tickets are only $10 and can be purchased HERE.

Dubbed “hot, young vintage” with a voice like “slow cooked Georgia barbecue,” Leigh is poised for a breakout fall. “My Name is Money” made the biggest gain on the Billboard Hot Country charts this week (currently spinning on LA’s KKGO), and her debut album ‘1978 December’ is out September 27 on Zac Brown’s label Southern Ground Artists.

Leigh will also open for the multi-platinum Zac Brown Band on their 20-city tour this fall.

Watch Leigh throw down on her song “My Name is Money” by clicking HERE.

We took a listen to Sonia Leigh a couple of months ago and was immediately hooked!  CMR has featured Sonia in our CMR Spotlight and we are very excited about her new album 1978 December which hits the shelves on September 27th.  Pre-order your copy on Sonia’s official website.

Sonia is definitely one that you will want to keep your eyes opened & ears tuned in to.  Keep up to date with her by visiting her official website, www.SoniaLeigh.com.