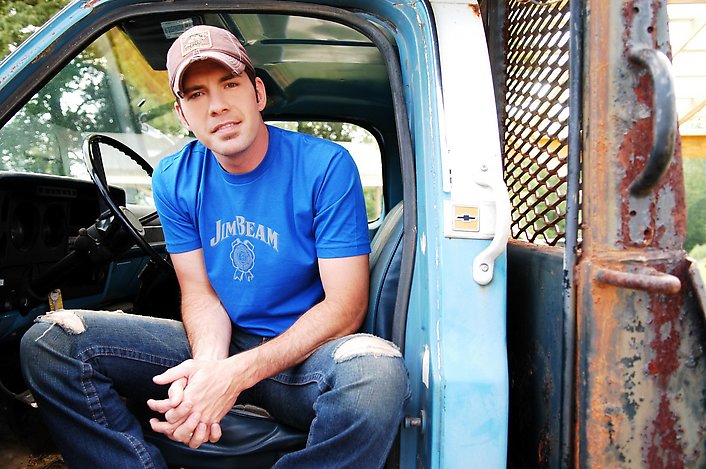 Platinum recording artist Rodney Atkins had quite a week in East Tennessee as he returned to his stopping grounds for a GAC “Origins” TV special taping that would see Atkins performing for thousands of fans alongside top NASCAR stars in Bristol, TN for the FOOD CITY FAMILY RACE NIGHT annual event. In addition, Atkins humbly received the key to the city of his hometown of Harrogate, TN and spent some time with the children of the Holston Children’s Home, the home that Atkins supports and where he lived until his adoption. His current single “Take A Back Road” is riding into the Top 5 at country radio as it sets up his fourth Curb Records release of the same name on October 4th.

Harrogate Mayor Bill Fultz presented Atkins the key to the city during the GAC taping during the special presentation that included local residents, city officials and family. “This is such an honor for me,” says Atkins. “I will always be thankful for my upbringing and the opportunities my parents and this town afforded me. I will always remember the creek bed fishing, the long days at the ball park, as well as the hard knocks, but this town keeps a strong hold on my heart and I am honored to be holding the key to this city.”

Atkins also spent some time at the Holston Children’s Home where he spent the first few months of his life before his adoption. He is also a supporter of the home and spent a lot of time with the children there last week. Atkins is currently the spokesperson for the National Council for Adoption. Beyond this highlight, Atkins performed for thousands of fans as the headliner for this year’s FOOD CITY FAMILY RACE NIGHT before the Bristol NASCAR race this past weekend.

Meanwhile, Atkins is shooting his video today and tomorrow for the smash hit “Take A Back Road” with TV and film director Andy Tennant around the Middle Tennessee area. Atkins will be the lead in the video that is loosely based on the epic film as ‘the angel’ in Wim Wender’s “Wings of Desire,” that will have Atkins high above it all in various locations.