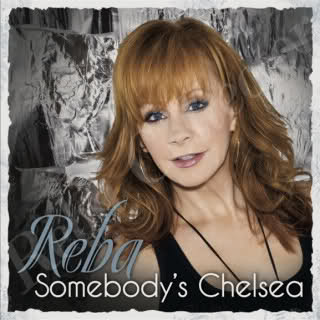 Reba‘s new single, “Somebody’s Chelsea,” is about a woman who hopes to find a lifetime love of her own, and Reba says she is inspired in her own relationship by lots of lifetime loves in her life such as, “my mom and dad, Narvel’s mom and dad, Gloria and Narvel Blackstock, my good friends George and Barbara Bush who have stayed together many, many years.”

But Reba knows that everlasting love isn’t always perfect. “I’ve got lots of friends, teachers, who have stayed with their partners many years and you just watch that, you know that love they don’t have to talk about. It’s there with them all the time and you see that they do get ticked off, that they have arguments and maybe some fights, but you know they’re there through thick and thin together.”

Reba and her husband Narvel Blackstock just celebrated their 22nd wedding anniversary in June and she hopes to follow in her own parents footsteps of loving each other for a lifetime. “I can see mama and daddy taking care of each other in their golden years and it’s very sweet and very special to know that they have each other.”