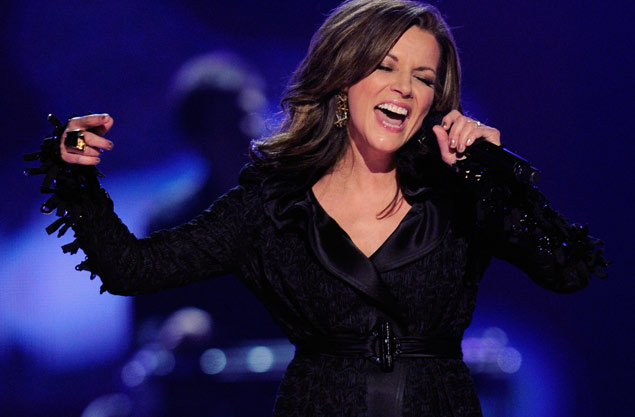 Multi-Platinum-selling Country Music Superstar and Republic Nashville Artist Martina McBride today will unveil the dynamic new video for her current single, “I’m Gonna Love You Through It” on CMT.com.  Highlighting the many feats cancer patients undergo, the visual elements, coupled with the song’s lyrics, send a message of hope to survivors and their supporters.

“I knew it was a song I wanted to record because of the strong message of hope that it sends,” said McBride on her choice to include the song on her upcoming album release entitled ELEVEN. This will be McBride’s first album on Republic Nashville slated for release on October 11, 2011.

“I’ve heard so many stories about how music can change lives from songs I have recorded like ‘A Broken Wing,’ ‘Independence Day,’ and ‘Concrete Angel.’ I believe ‘I’m Gonna Love You Through It’ will offer hope and inspiration to so many people who are going through or have been through cancer and the people who love them through it. It takes a lot of strength and a lot of love to get through something like that. I think this song says what so many people want to express to their loved ones,” said McBride.

Along with local survivors, each celebrity gave a testimonial for the video about how cancer affected their lives.

Beginning Friday, August 19, 2011, the “I’m Gonna Love You Through It” single will be available for purchase on iTunes. It will begin airing on GAC and CMT Television next week.