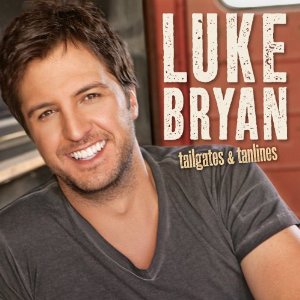 One of the hottest acts in country music today, Luke Bryan, will release new music next week on August 9, tailgates & tanlines, on Capitol Records Nashville.  Bryan will kick-off release week with multiple television appearances including LIVE! With Regis and Kelly and his second appearance on Jimmy Kimmel Live! on Tuesday August 9, a performance on the Today Show Wednesday, August 10 and will wrap up the week on ABC’s  “CMA Music Festival: Country’s Night To Rock,” airing Sunday, August 14.

Additional appearances include GAC’s Top 20 on August 5, GAC’s On The Streets August 9 and Bryan and host Storme Warren go tailgating in Nashville on GAC’s Headline Country on August 11. CMT Insider will feature Bryan in an exclusive interview on Saturday, August 13.

Bryan’s new album tailgates & tanlines features his current Top 10-and climbing smash, “Country Girl (Shake It For Me),” which is quickly approaching 1 million downloads.  The new album is the follow up to his GOLD-certified album Doin’ My Thing, which produced three back-to-back, co-penned #1 singles- “Do I,” “Rain Is A Good Thing” and “Someone Else Calling You Baby.”

Keep up to date with Luke by visiting his official website, www.LukeBryan.com.