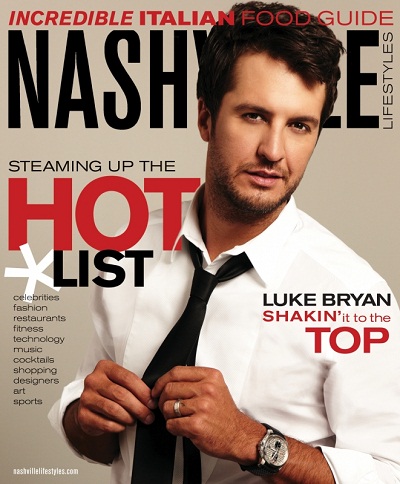 Luke is the cover subject of “Nashville Lifestyles” August issue, their annual “Hot List” issue. In the story, Luke  discusses what he thinks is hot about Nashville and a music career that’s firing on all cylinders including his excitement for his new album tailgates & tanlines, due in stores August 9.  “There’s a great vibe to the whole thing,” says Bryan.  “Some of the album is stuff I’m known for, but I think it also really shows growth.  I’m ready for folks to start listening.”

Luke will headline the “CMT ON TOUR: Luke Bryan Tailgates & Tanlines” this fall. Check out the tour dates HERE!