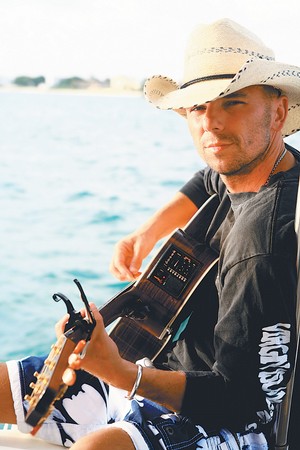 Country superstar Kenny Chesney will appear for the first time in the perennially popular CMA Songwriters Series, which will make its Boston debut on Thursday, Aug. 25 (8:00 PM/ET) playing to a sold out house at the Royale Nightclub. For the first time in CMA Songwriters Series history, audio from the show will be streamed live. Fans can visit CMASongwritersSeries.com or NoShoesRadio.com to hear the live performance as it happens.

Chesney, whose songwriting credits include such instant classics as “Beer In Mexico,” “You Had Me From Hello,” “Out Last Night,” “I Go Back,” and “I’m Alive” (a duet with Dave Matthews), has won four CMA Entertainer of the Year Awards, scored 22 No. 1 singles, and sold more than 30 million albums. In addition, his current Corona Presents Kenny Chesney’s Goin’ Coastal Tour has sold more than 1.1 million tickets, and his most recent album, Hemingway’s Whiskey, has spawned three No. 1 singles.

“I came to town as a songwriter and always consider myself a songwriter first,” said Chesney. “I’m looking forward to playing alongside my friends and heroes who create and write amazing songs for a living. I’m really proud to help the CMA show the fans what great music comes out of Nashville from our awesome writers.  I couldn’t think of a better place to showcase this than in the city of Boston. The fans have been amazing to us and I am thrilled to be ending our tour with over 100,000 sold tickets in one of the greatest markets in the world.”

The CMA Songwriters Series began in New York City in 2005.  Since then, it has continued to play in front of sold out crowds at New York’s Joe’s Pub. In 2009, CMA took this popular series to other markets including Chicago and Los Angeles. The Aug. 25 show will be the debut of this series in Boston. For more information on the CMA Songwriters Series, visit www.cmasongwritersseries.com