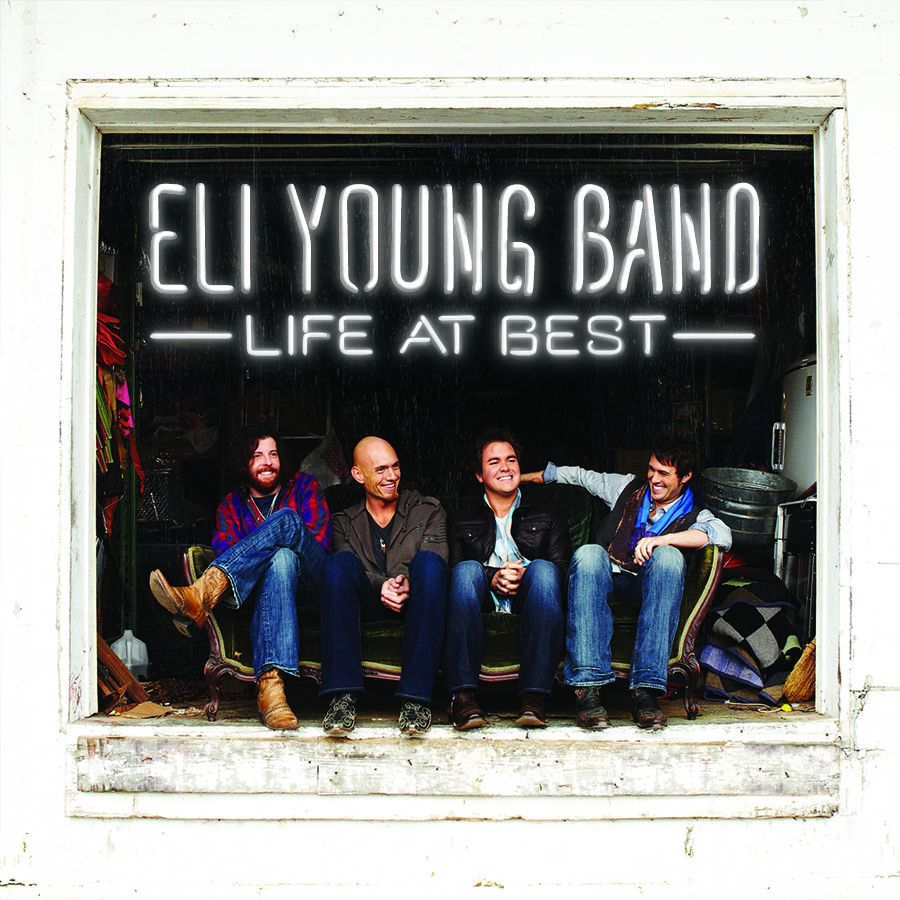 The album is on a hot streak having made its debut during release week on 8/16 at #1 on the iTunes Country Albums Chart and #3 on the iTunes All Genre album chart, just behind Jay Z/Kayne West and Adele.  While sales for the single have continued to soar, topping 700,000 downloads sold, the video has tracked nearly 4 MILLION views on YouTube.

“These first week sales are a mind-blowing culmination of ten years of hard work, amazingly loyal fans and the dedication of our record label,” said drummer Chris Thompson.  “We are thrilled.”

Praise for the album continues to pour in this week from Billboard, The Long Beach Press Telegram, Dallas Morning News, The Daily Oklahoman, CMT.com and GAC.com.

While early coverage in The New York Times, Associated Press, Roughstock, American Songwriter and Country Weekly point to the fact that LIFE could be the band’s most successful and critically-acclaimed album yet.

“EYB is on fire!” said Jimmy Harnen, President of Republic Nashville.  He added, “#1 album at iTunes, a single closing in on platinum, selling over 40k singles a week, the fastest rising single of their career closing in on the Top 10, a Top 10 Billboard 200 album and almost 50% of their sales are digital.  This is a band of the future in every way!”

We have your chance to win a copy of LIFE AT BEST, be sure to enter by clicking HERE.

Keep up to date with Eli Young Band by visit their official website www.EliYoungBand.com.