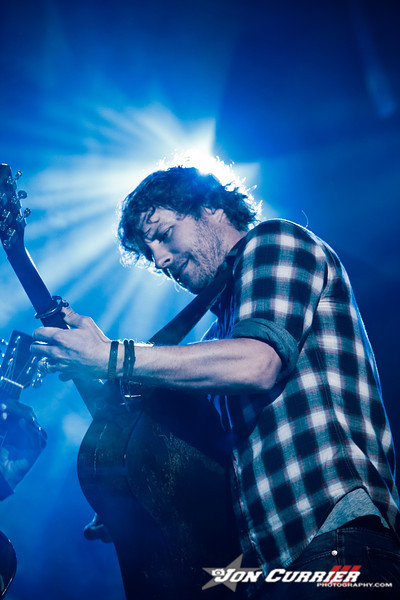 Multi-Platinum singer/songwriter Dierks Bentley will kick off the first leg of his Country & Cold Cans Tour beginning Oct. 6 in Lacrosse, WI.  Special guests Jerrod Niemann and Eli Young Band will open for Bentley on the 22 city run that wraps in Denver, CO on Nov. 19.   Fan club members can purchase tickets for the first date beginning tomorrow at www.dierks.com, while tickets for the general public will go on sale this Fri., Aug. 19 through Ticketmaster. Additional tour dates will be announced over the coming weeks.

“It’s been a killer summer playing festivals all over the country and partying with the most die-hard country music fans out there,” says Bentley.  “We’re going to crank up the ‘Country & Cold Cans’ tour in the Fall and keep it going.  I can’t imagine that I’ll have to convince Jerrod or EYB to have a cold beer or two…they are always up for the party.”

Bentley’s current hit “Am I The Only One” is just a notch away from taking the top spot on the country singles chart.  Bentley is currently in the studio finishing up his sixth Capitol Nashville studio album.  It follows the critically acclaimed UP ON THE RIDGE, which earned Album of the Year nominations at the ACM, CMA and GRAMMY Awards this year. His previous five albums have sold over five million copies, earned 10 GRAMMY nominations, have spawned seven No. one hits (What Was I Thinkin,” “Come A Little Closer,”  “Settle For A Slowdown,”  “Every Mile A Memory,”  “Free and Easy (Down The Road I Go),” “Feel That Fire,” “Sideways”) and 12 Top 10 hits.