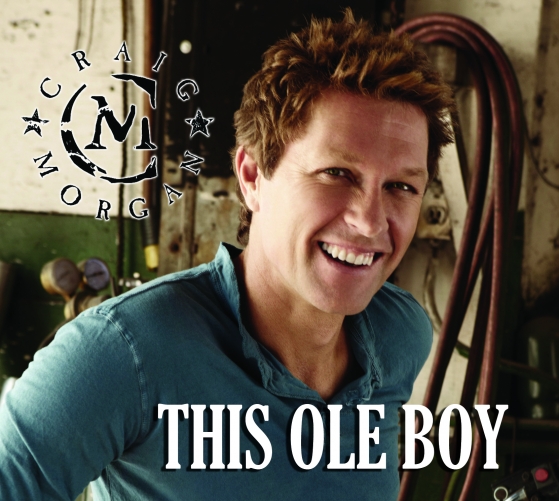 Country Music superstar and celebrated TV host Craig Morgan’s “got it goin’ on” with the release of his brand new single “This Ole Boy” on Black River Entertainment.  Written by Ben Hayslip, Dallas Davidson, and Rhett Atkins, “This Ole Boy,” the title track and lead single from Craig’s new album expected early 2012, is the perfect sing-along country love song.  Starting today, fans can sing along with their very own copy as the track becomes available for purchase and can be downloaded at  iTunes http://bit.ly/ThisOleBoy-iTunes and Amazon http://amzn.to/ThisOleBoy.

This news adds to an exciting week as Morgan gears up for his 5th annual Charity Ride and Concert August ­­6 and 7 in his hometown of Dickson, Tenn. Proceeds from the two-day event, which includes a celebrity dirt-bike ride, sporting clay event, and concert, will benefit Billy’s Place, a home for temporarily displaced children in Dickson, TN, just outside Nashville.  Tickets can be purchased at www.craigmorgan.com.

Morgan can also be seen in the second season of his Outdoor Channel series, “Craig Morgan All Access Outdoors,” with episodes airing now throughout the year.