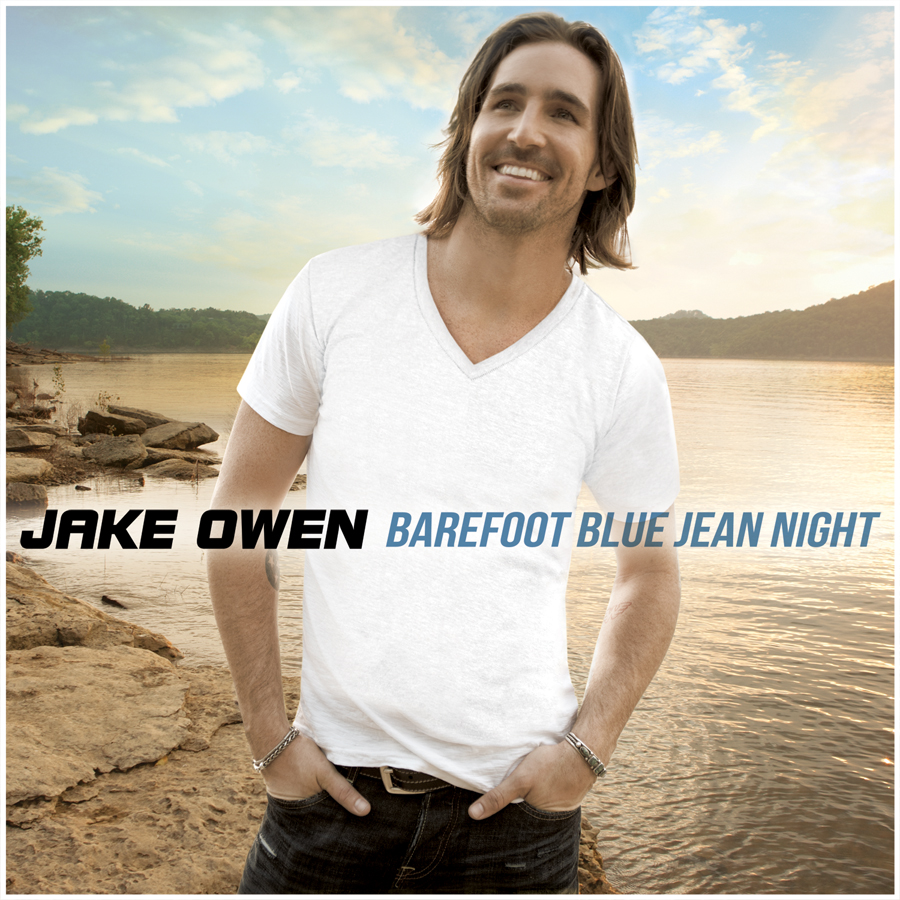 Owen’s new album Barefoot Blue Jean Night showcases the growth of Jake as an artist.  His rich, unmistakeable voice is flawless on all 11 tracks.  “Anywhere With You” kicks things off as he sings about going anywhere as long as it is with his girl, whether it be California, Mexico, Idaho, etc….  it doesn’t matter, just as long as he is with her.  “Keepin’ It Country” is just what Jake does on this album from start to finish.  With solid lyrics such as, Doesn’t matter where you are, its the same old stripes, the same old stars…. looking around its good to see everybody out there keepin it country. The track is definitely made for country radio and we sure hope to hear it on country radio airwaves in the near future. “Heaven” is the first ballad on this album that includes a fantastic musical arrangement.  Jake sings of this perfect quiet place, only its not the “heaven” that your thinking of.  Instead its 10 miles down highway 11, 10 more minutes up the old dirt road.  “Alone With You” is another solid track that displays Owen’s vulnerable side as he sings about a girl that he can’t be alone with, the temptation is too strong and he will only end up getting hurt.  The Lyrics, the Music and Jake’s Voice make this a standout track on the album.  “The Journey Of Your Life” is a compelling ballad as Jake sings about a grandfathers advice.  There are several lines of wisdom that is included in this song  such as “You need to lose some to be a winner, have courage to surrender” as well as “Laugh a lot and keep it light on the journey of your life.“

The album is not only full of 11 excellent songs from start to finish, but the solid delivery from Jake Owen brings the album full circle. There are several songs that are more than capable of following in the footsteps of hit single “Barefoot Blue Jean Night”.  Jake is setting Country Music on fire with this album!

If you haven’t already picked up your copy of Barefoot Blue Jean Night, be sure to do so asap.  This is definitely an album you will want to add to your collection.  Visit your favorite retail store or get a copy on iTunes now by clicking HERE.

While celebrating the release of Barefoot Blue Jean Night, Owen will continue on Keith Urban’s Get Closer 2011 Tour.  To keep up with Jake and to see if he is coming to an area near you, please visit his official website www.JakeOwen.net.