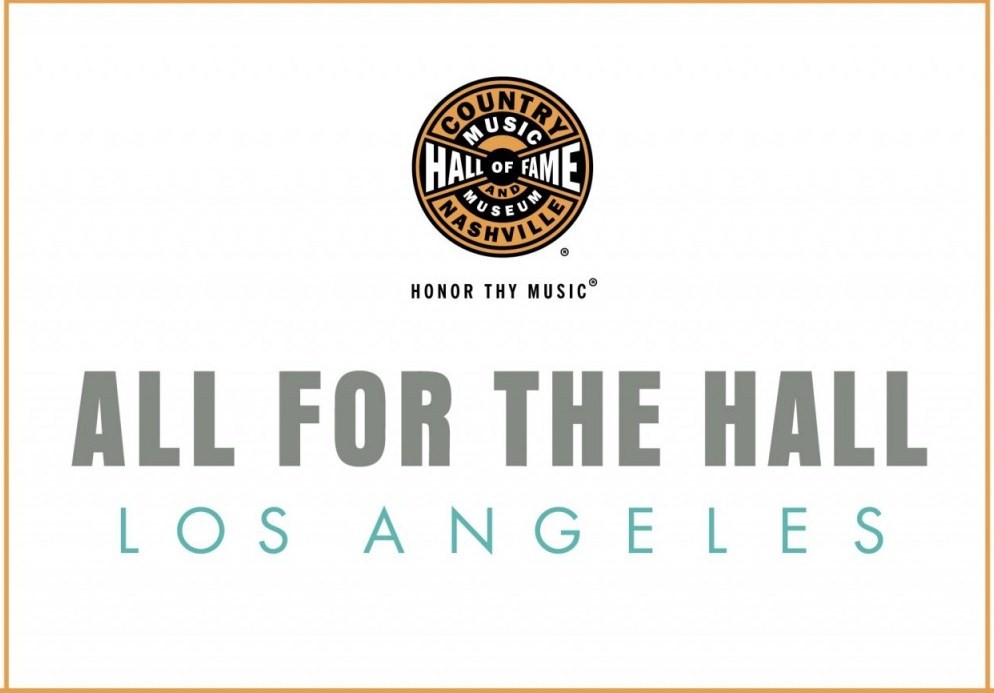 The evening offers a unique opportunity to see these acclaimed singer-songwriters interact with one another as they take turns swapping songs, stories and personal recollections. The “guitar pull” is a Nashville specialty; it originated in the homes of Nashville songwriters who gathered to try out new compositions for their peers. Nashville’s most storied guitar pulls were hosted by Johnny and June Carter Cash. The hallmarks of a great guitar pull are spontaneity and camaraderie.

The Museum launched All for the Hall, its first-ever non-bricks-and-mortar fundraising campaign, in 2005. The campaign addresses the Museum’s need for long-term financial security and will provide a safety net for the institution and its work. This is the fifth year the Museum has taken its “annual giving” event on the road, hosting previous All for the Hall events in New York in 2007 and 2008 and in Los Angeles in 2009 and 2010.

“California, with its rich country music history, has proven to be a supremely appropriate and welcoming location for this event,” said Museum Director Kyle Young. “Our 2009 All for the Hall Los Angeles debut gave us an opportunity to focus on West Coast country music history and remind our guests that these artists and executives and their songs are a part of the story we both preserve and teach at the Museum. We built on that with last year’s event, during which we announced that the Museum’s next major exhibition will focus on Buck Owens, Merle Haggard and the Bakersfield Sound. We are very grateful for our warm welcome the past two years and look forward to seeing old friends and making new ones in September.”

All for the Hall Los Angeles patrons are offered their choice of seating for 10 for $10,000, or seating for five for $5,000. Individual tickets are available at $1,000 per seat. A cocktail reception and dinner will precede the guitar pull. To purchase tickets, patrons may contact Rachel Shapiro at rshapiro@countrymusichalloffame.org or telephone (615) 416-2069 or (800) 852-6437.