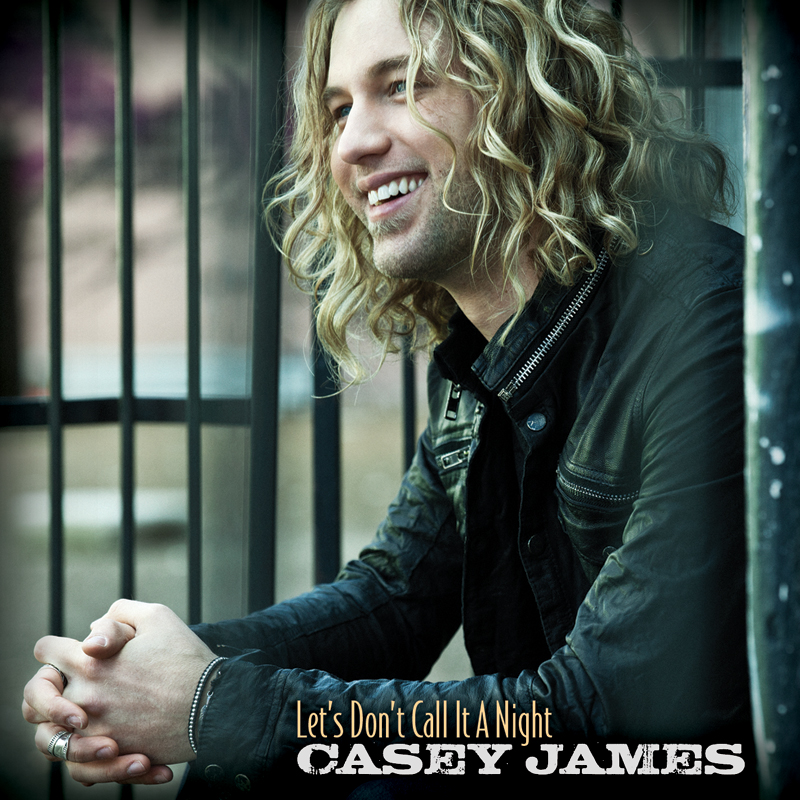 Casey James released his debut single “Let’s Don’t Call It A Night” today, August 16 at all digital providers. The Cool, TX native wrote the soulful song with Brice Long (Co-writer of Gary Allan’s Number One hit “Nothing On But the Radio”) and Terry McBride (Co-writer of Brooks & Dunn hits such as “Play Something Country” and “Cowgirls Don’t Cry”).

“When we were writing ‘Let’s Don’t Call It A Night,’ it really began with this sound we had on the guitar, and one of us said, ‘That just feels sexy,’ and it was funny how quickly the song came together around that sound and the whole idea of a great night that you don’t want to end,” James recalls.

Pick up your copy of “Let’s Don’t Call It A Night” by clicking HERE.

Keep up to date with Casey by visiting his official website, www.CaseyEJames.com.