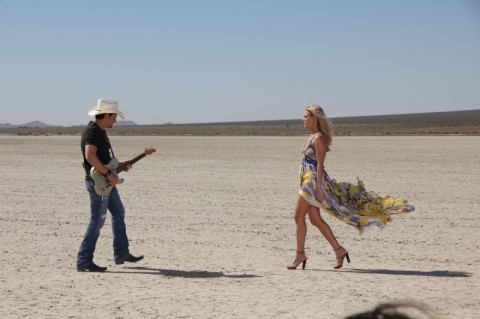 Written by Paisley, Chris DuBois and Kelley Lovelace, “Remind Me” is Paisley’s third single from his Gold certified album, This Is Country Music. In addition to hitting the top of the airplay charts, the single was certified Gold earlier this month by the RIAA for sales exceeding 500,000 downloads. “Remind Me” has already surpassed 750,000 digital downloads.

Paisley and Underwood will team up once again on November 9 when they co-host “The 45th Annual CMA Awards” live from Nashville’s Bridgestone Arena at 8:00-11:00 PM/ET on ABC. This year’s show marks the fourth year that the duo has co-hosted the show together.